Kinsale is a treasure. Worth more than one visit and one walk. Kinsale as such is beautiful and the most important thing to mention: Everybody who is dependent on public traffic has the chance to see what I’m talking about.

The whole distance of this walk as shown in the screenshot is about 8 km there and back. but it’s absolutely worth every km. For this walk, it is required to wear walking shoes. On parts which aren’t exposed to the sun, it can be muddy.

The bus stops at the “Pier Road Quayside”. From here you start by crossing the parking which the bus has passed by. Once passed turn right and follow the Lower Road, walk up to “The Spaniard Inn” taking the stairs on the backside of the restaurant and follow the tiny street opposite the restaurant down to the waterfront. Turn left and walk down the Scilly Walk until the end. It’s picturesque and much better than walking along the road to Charles Fort.

At the end of the Scilly Walk, you have to use the street and walk along to Charles Fort. But it’s only about 500 m. Pass by Charles Fort and at the end, there is a path down to the waterfront. From here you can walk along the shore until the very end as shown on the map below. 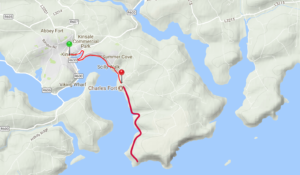 made with Google Maps 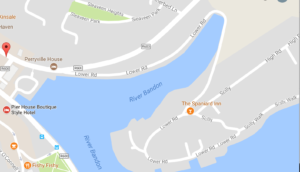 made with Google Maps

After a km, you will see the “Boat Yard” and from here it is sign-posted: 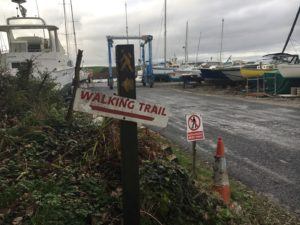 After another km, you have to bypass 3 houses (Lower Cove) and behind the last house, after the private playground to the right, use this kind of bridge to follow the walking trail: 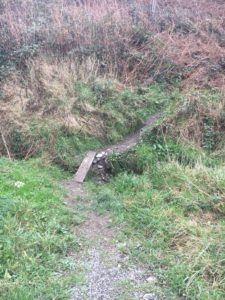 And now enjoy the picturesque walk. 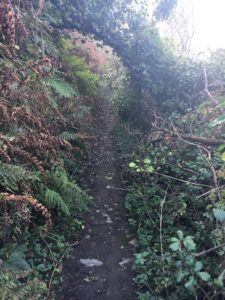 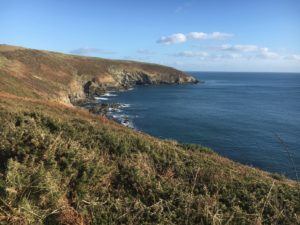 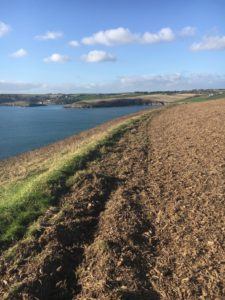 How to get to Kinsale, Charles Fort:

From Dunkettle Roundabout take the N40 and exit on Kinsale Roundabout following then the N27/R600 to Kinsale. Coming down the hill in Kinsale turn left into Lower Road and park your car. If you don’t want to walk the whole distance, alternatively there is are 2 car parks at and behind Charles Fort.

This walking trail is not suitable for buggies or similar.

Posted on 15th December 2017 by Elisabeth

How to go there?